If you think leadership is common sense, you need to read this for sure.  If you are in a position to influence the lives of others, then you are a leader.  This post is written for leaders at all levels. 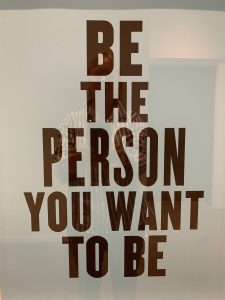 People often say, “leadership is common sense.”  To which I reply, “It may be common sense, but common sense if not common practice.!”  I am going to share three stories to illustrate my point.

A friend of mine retired as CFO of a large not-for-profit (NFP) organization about a year ago.  She had been there for about a decade and was well respected.  Over the years, she had created efficient standard operating procedures (SOPs) and the department worked as a well-oiled machine.  She made life easy for the person following her.

The person hired to replace her did not want to know much of anything.  Almost ignored her for the time they overlapped.  And she heard from her former colleagues that notes, files, notebooks of SOPs were deleted and/or thrown away!  Really? Is this common sense? It turns out that the person did not last long in the position.

Another story involves a friend who was the executive director of another NFP for decades.  Again, he was well respected and had received honors and awards for his leadership.  The person hired to replace him did almost the same thing–ignored him, did not ask for any advice, threw away or deleted files.  The jury is out to see if this person will succeed.

When he was sharing the oddity of this behavior, I was thinking of that scene in the movie About Schmidt when Warren Schmidt (Jack Nicholson) realizes all of his precious files were in boxes were all being thrown away.

Several years ago, we were searching for a college president at the institution for which I was working.  One of the candidates made this statement that I have always remembered:  “If you hire me, my plan is to preserve the best and improve the rest.”  Unfortunately, we did not hire this person and I witnessed much of the same.  This time the president ignored the previous successful president and almost alienated him.  That behavior sends powerful messages to the rest of the community.  Is this common sense to hurt someone who has been a respected leader?

This last story is almost the opposite, but again not common practice.  Recently, I had a meeting with the president of an organization.  She moved from a senior level position in another organization to this presidency.  She described how her successor had respected the good work she had done and would call and consult her.  She got emotional as she described how valued she felt, the respect that was reflected in this behavior, and how much she appreciated the sign of gratitude.  While she realized the successor did not have to do this, it meant a great deal to her. Why isn’t this common practice?

I believe it is the EGO that makes people behave in ways that are uncommon sense.  Real leaders don’t let ego win.  We need to control the ego and not let the ego control us.

I blogged a few weeks ago about Andrew Luck retiring and last week I used Luck as an example in a leadership workshop.  If Luck let his ego win, he would NOT retire.  The money, prestige, and fame would be too great to let go of the limelight.  And the pain and suffering would remain. But he was able to get his ego out of the way to focus on what matters most–his health, happiness, and his spirit.  Hopefully, Luck will have a long and healthy life.

What if we all preserved the best and improved the rest?

PS:  A friend of mine worked in an office of 35 professionals with only one office manager.  It was common practice for the manager to come to work and not say a word to most people all day.  Is this common sense?  Guess what everyone is talking about behind his back:  Why isn’t he talking to anyone  —again?  This causes a waste of energy and productivity.  Plus his behavior is not how you win friends and influence people.  And he was in sales!

How to Live Your Breadcrumb Legacy™ Mini-Course​