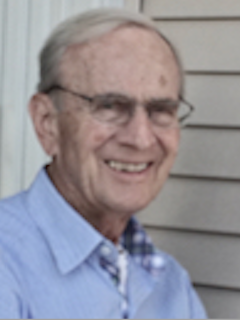 James A. Autry (b. March 8, 1933), a former Fortune 500 executive, is an author of fifteen books, a poet and consultant whose work has had a significant influence on leadership thinking. His book, Love and Profit, The Art of Caring Leadership, a collection of essays and poetry, won the prestigious Johnson, Smith & Knisely Award as the book which had the most impact on executive thinking in 1992. Love and Profit also has been published in Japanese, Swedish, Chinese, Spanish, and Russian, and is still in print in paperback. The most recent of Mr. Autry’s books is The White Man Who Stayed: A Biography Remembered. Looking Around for God, The Oddly Reverent Observations of An Unconventional Christian, was published in 2007. Also published that year was The Book of Hard Choices. Other works are: The Spirit of Retirement which was published in October of 2002; The Servant Leader, published in 2001, now in paperback; Real Power; Business Lessons from the Tao Te Ching (with Stephen Mitchell) published in 1998; Confessions of An Accidental Businessman, business memoirs including poetry, published in 1996 (and a finalist in the global business book awards); Life and Work: A Manager’s Search for Meaning, essays and poetry,1994; Life After Mississippi (poetry), 1989; and Nights Under a Tin Roof (poetry), 1983. In addition, Autry has written the introductions to several books, and his writings have appeared in many anthologies and magazines. In late 1991, the Kentucky Poetry Review published a special James A. Autry issue. He received considerable national attention when he was one of the poets featured on Bill Moyers’ special series, “The Power of the Word,” on PBS, and Garrison Keillor has featured his work on “The Writer’s Corner” on public radio. Mr. Autry is also featured in three videos, “Love and Profit,” which won a “Telly” award, “Life and Work,” and “Spirit at Work.” Before taking early retirement in 1991 to pursue his present career, he had a distinguished career at Meredith Corporation where he was Senior Vice President and President of its Magazine Group. Mr. Autry has also been active in many civic and charitable organizations and most notably has worked with disability rights groups for 30 years. Other involvement has included his work with the Epilepsy Foundation of America, the national advisory committee of the White House Conference on Families, the Des Moines Symphony, and others. He is a founder of the Des Moines National Poetry Festival. Autry has been instrumental in shaping the field of service journalism and has worked to establish service journalism chairs at the University of Missouri and the University of Mississippi, where he was named a Distinguished Alumnus and was elected to the Alumni Hall of Fame. He fulfilled his military service as a jet fighter pilot in Europe during the cold war. He holds four honorary degrees and in 1991, the University of Missouri-Columbia awarded him the Missouri Medal of Honor for Distinguished service in Journalism, an award given for a long track record of excellence. In 1998 he received the Lifetime Achievement Award for Service to the Humanities from Iowa Humanities Board and Foundation. He was also the founding chair of the Claremont Graduate University’s Humanities Center Board of Visitors. Autry lives in Des Moines, Iowa, with his wife Sally Pederson, the former Lieutenant Governor of Iowa, and their adult son.