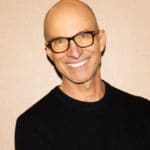 David Harry Stewart is the founder and face of the AGEIST. He is a passionate champion and leading authority on the modern 50+ lifestyle, and the mindset and aspirations that drive this influential demographic. An influential thought leader and magnetic speaker, he is called upon frequently to share his expertise and insight at important venues and forums around the world, including The Times of London, CNN, NYTimes, Monocle, Esquire. He recently keynoted the Global Wellness Summit in Singapore. Prior to launching AGEIST, Stewart enjoyed an award-winning career as a photographer specializing in people-oriented advertising that combined his engineer’s precision with a high level of design and visual aesthetic.